Yes they are, according to a recent article over at Wired. The article titled, Sorry, But Google Glass Isn’t Anywhere Close to Dead, features Cambridge Neuroscientist Dr. Ned Sahin and the work he is doing with Glass and autism.

Ned Sahin is betting the future of his company on Google Glass.

Sahin is a cognitive neuroscientist with a PhD from Harvard and a masters from MIT, and he recently launched an ambitious startup called Brain Power, building Glass software to help autistic children learn some of the skills they need to interact with those around them.

Ned’s company, Brain Power, is one of the bleeding edge developers who see Google Glass and other wearables at the epicenter of a revolution in health care and communications. I’ve known Ned since we both became early Glass Explorers in 2013 and I am incredibly proud that he is joining me for a Hangout On Air later today. He is at Google for a conference and I hope he can give us some insight into the accessibility futures being discussed.

But for Sahin and many others running companies developing Glass software for medical, industrial, and other sectors, Google’s eyewear is far from dead. On the contrary, Google is selling these companies as many devices as they need, and by all appearances, it’s ramping up the number of Google employees working to turn Glass into something more than a consumer gadget that looks funny on your face.

“We have unimpeded access to Google Glass units and support,” says Ian Shakil, the CEO of Augmedix.com, an outfit offering Glass software designed to help doctors juggle health records. “It’s all a plus for us—except for the fact that we constantly have to field questions from people and customers asking what’s going on with Google.”

Sahin and Brain Power are about to start a clinical trial with Glass at Massachusetts General Hospital in Boston, and he’s visiting Google this week to discuss the device’s future—something he does regularly. “They’re helping to make sure we’re future-proofed,” he says. “People can believe that the device won’t work. But we’re partial to the way Google has done this. And even if Google isn’t behind it, this is an idea that is going forward.”

Join us in the Hangout from our YouTube feed on the Innovator’s Pod site. 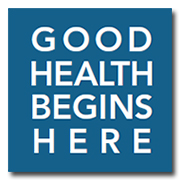 July 18, 2013
We use and highly recommend RoboForm