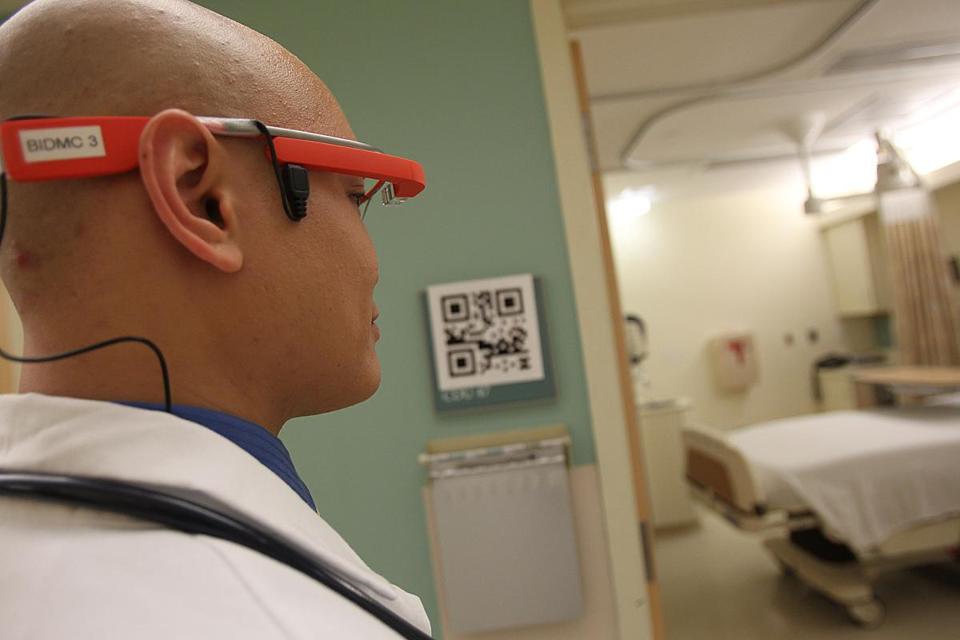 A patient with bleeding in the brain told Horng he was allergic to certain blood pressure drugs — which the doctor needed to slow the hemorrhage — but didn’t know which ones. Horng had little time to leaf through the man’s medical files or search for records on a computer, but with Google Glass, he didn’t have to. Instead he quickly called up the patient’s information on the device’s tiny screen and saved his life with the correct medication.

This week, Beth Israel Deaconess is expanding the use of Google Glass to its entire emergency department, and the hospital said it is the first in the United States to employ the device for everyday medical care. Now, whenever ER doctors begin their shifts, they will slip on pairs of the high-tech glasses as routinely as they put on scrubs.

“We’re doing this to prove that the technology can work and really motivate others to explore this space with us,” said Horng, who helped pioneer the use of Google Glass at the hospital.

The team from BI is speaking at the upcoming Google Glass in Medicine meetup April 23 at Google Cambridge Ma.

Also from the Globe article

Later this month, 13 doctors from around the US will gather at Google’s Cambridge office to pitch clinical uses for Glass in a contest sponsored by the Presidential Innovation Fellows program, the Massachusetts Institute of Technology, and the website MedTech Boston.

The common goal of many Glass projects is to keep health care workers’ hands free to perform their jobs.

“It’s literally the holy grail of hospital IT,” said John Rodley, cofounder of a Cambridge startup called Twiage, which is developing an application for Glass for ambulance attendants to quickly relay patient info to hospital emergency rooms. An EMT wearing Glass could just use voice commands to snap photos of a patient’s injuries, dictate notes, and send them to the nearest ER.

Full article at The Boston Globe

We use and highly recommend RoboForm